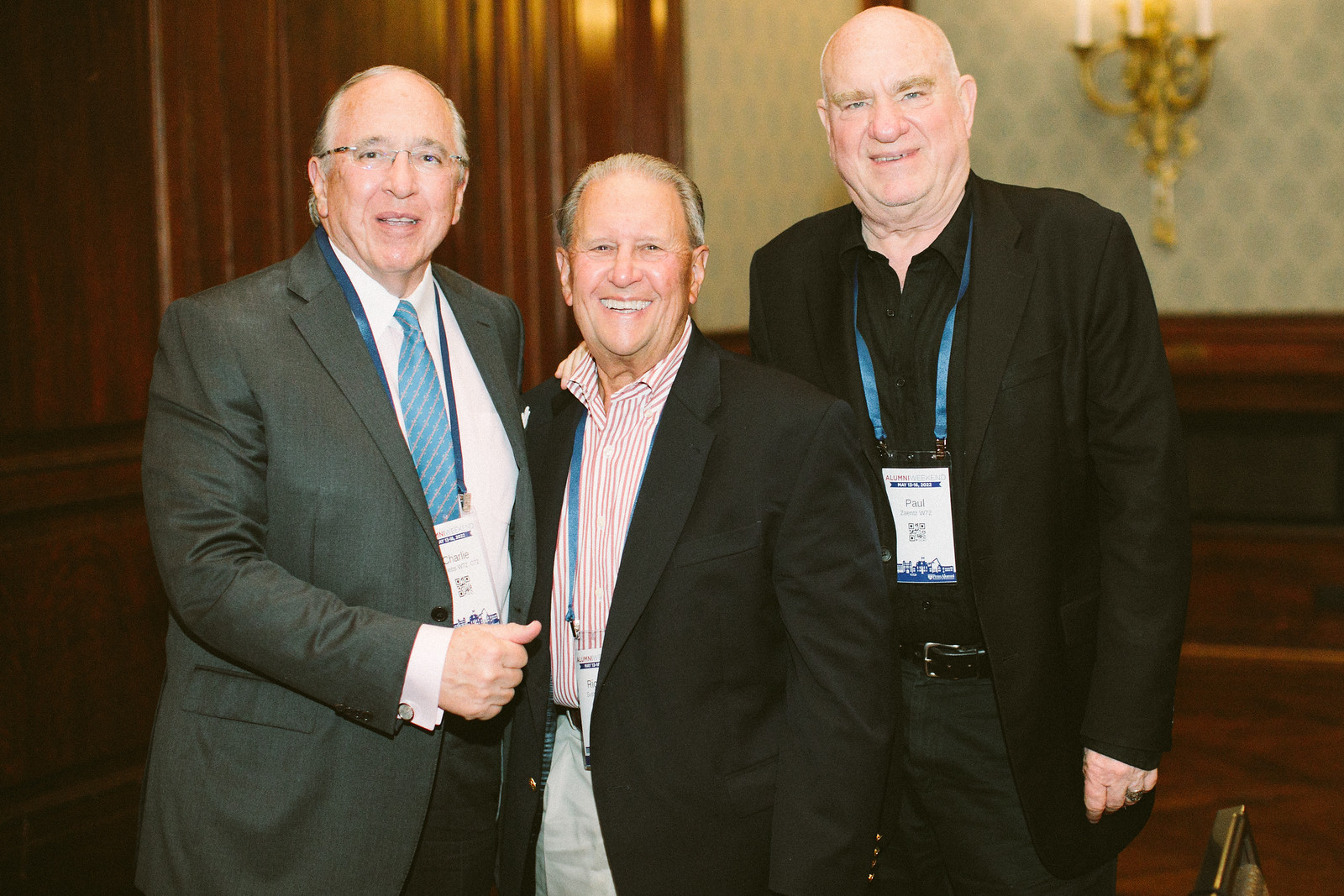 The University of Pennsylvania Alumni Weekend festivities were held in-person from May 13-16, 2022. In attendance to celebrate the 50th Anniversary of their graduation from Penn were Paul Zaentz, Rich Sussman, Rich Myers, Charles Schliebs, and Don “Manny” Horowitz, all Beta Pi ’69 and Penn ’72.

Nearly 100 events and activities were scheduled for this weekend including Franklin Fest, campus tours, Parade of Classes, and twenty reunion parties.

There were so many reunion parties because this was the first in-person Alumni Weekend since 2019. Persons who would have celebrated in 2020 and 2021 took this year to meet and greet with their fellow classmates. The result was a record-breaking attendance figure for Alumni Weekends. Seen at various activities on and off campus were Nick Chimicles (Beta Pi ’67, Penn ’70), Cliff Viner (Beta Pi ’67, Penn ’70), Todd Wieseneck (Beta Pi ’72, Penn ’75), and Larry Wieseneck (Beta Pi ’84, Penn ’87).

Among the activities available to and attended by Beta Pi alumni were a Friday night dinner at the Mask and Wig Theater, Saturday breakfast at the Penn Museum, Saturday morning Parade of Classes, Saturday lunch at a tent at College Hall Green, class photos, Sunday breakfast next to College Hall, and a memorial service for deceased classmates in College Hall.

Beta Pi can take pride that Paul Zaentz, co-owner of Fantasy Films, whose films include Academy Award winners for Best Picture: One Flew Over the Cuckoo’s Nest, Amadeus, and The English Patient, co-paneled the “That’s Entertainment Panel” where he apprised interested fellow alumni about the “creative side of making movies, relationships with cast and crew, and how streaming has given movie-makers the opportunity to delve deeper into character development and subplots”.

The highlight of the weekend was a gala dinner at the venerable Union League. Brothers Zaentz, Sussman, and Schliebs had a marvelous time at the dinner and were visited by brother Viner whose graduation class held a similar gala event on a different floor of the Union League.