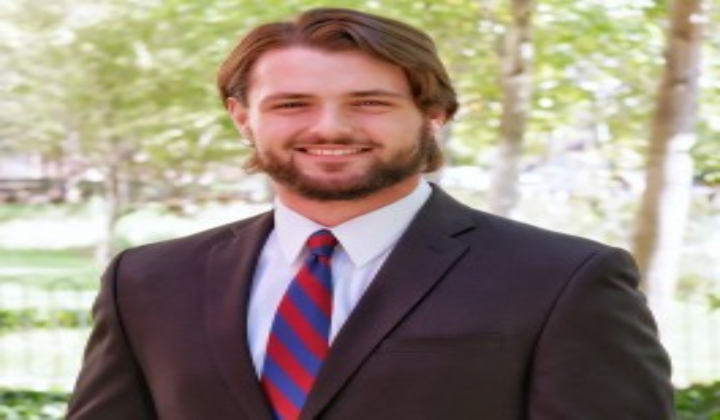 There can be no higher honor that can be bestowed on a Pi Kappa Alpha undergraduate than being named one of the two undergraduate Supreme Council International Vice Presidents. There are now approximately 12,700 PiKA undergraduates in 204 active and provisional chapters.

Beta Pi’s Kaden Stenger ’19 has achieved this distinction and will act as a Supreme Council Vice President for the current academic year. Only Gregg Ormond ’74, Parker Weil ’85, and Justin Levine ’05, have been Beta Pi brothers that have achieved this distinguished position.

It is with great pride and delight to offer this interview with Kaden.

Why did you decide to pledge at Pi Kappa Alpha? What drew you to the brotherhood?

Coming from my home in West Virginia, it was very hard for me to adjust to the idea of living in a city and attending a competitive university like Penn. People just acted differently from how I did, and I felt like I had to mold into a new culture and lifestyle to fit in. When I was introduced to the men of the Beta Pi chapter, that all went away. For the first time I felt that I could be myself in a group of people that wanted me to be genuine in every interaction with them. We know this to be the roots of our brotherhood in Pi Kappa Alpha. I was hooked.
How long have you been involved with Pi Kappa Alpha? What have you learnedfrom your involvement?
This is my fourth and final undergraduate year as a member of Pi Kappa Alpha, but I am excited in knowing that my lifetime membership is just beginning. All the time dedicated to our chapter and the international fraternity has taught me values in professional leadership, group organization, and quite simply how to be a better man. Iron sharpens iron, as they say. I have served as Class President, Recruitment Chairman for two years, Internal Vice President (IMC), and now as the current Health & Safety Officer of the Beta Pi chapter. These roles all directly prepared me for success in my new role as Undergraduate Vice President of the fraternity.
Besides Pi Kappa Alpha, what other activities have you been involved in on campus?

ACTIVITIES AND OTHER HONORS

Tell us about your recent appointment to student Vice President member to the Pi Kappa Alpha Inter/National Fraternity Supreme Council.
This is a true blessing in my life to give back to the organization to which I owe a lot of my success and overall well-being as an undergraduate. I will travel the country for matters of Pi Kappa Alpha business and regularly sit as a voting member of the Supreme Council (board of directors) for the international fraternity.
Do you have any post-grad plans at the moment?

I currently plan to find work in law, public policy, government, or economics research for 2 years before applying for graduate school or law school.