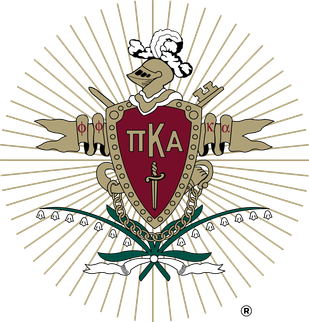 This precedent-setting action came about following the death of a Pi Kappa Alpha new member, at the Delta Beta chapter at Bowling Green State University (BGSU), as a result of an alleged alcohol-related fraternity event. Pending a full investigation by Ohio state and local officials, the BGSU administration, and PiKA Int’l, the Delta Beta chapter was given an interim suspension by BGSU and was immediately suspended by PiKA Int’l.

Completed investigations have led to a Wood County, Ohio, criminal indictment of eight Delta Beta members. This includes six officers of Delta Beta, involving the current president, a past president, the new member educator, and others. Among multiple criminal charges for each person, six men were indicted for manslaughter, and two men were charged with hazing.

PiKA Int’l has a zero-tolerance policy toward hazing. Hazing is diametrically opposite, and a total violation, of established PiKA Int’l policies and standards of behavior. Accordingly, PiKA Int’l decries the actions of those charged with criminal behavior and “will not be in a position to provide this chapter (Delta Beta) or any individual members with public relations, criminal, or legal assistance of any sort”. The chapter has been suspended and the eight indicted members have been expelled from PiKA.

The BGSU administration has permanently suspended Pi Kappa Alpha from having a chapter on the BGSU campus.

Beta Pi undergraduates have now successfully performed all requirements as presented by the PiKA Int’l Supreme Council, including an affirmation of commitment by each undergraduate chapter member to PiKA’s Fraternity Standards and Statement of Position on Hazing, participation in a Zoom meeting with PiKA Int’l staff, and submission of Beta Pi’s new member education program. The PiKA Int’l Supreme Council, in turn, gave Beta Pi permission to initiate all new members of the Alpha Epsilon class. Initiations have been completed. Welcome to the 18 new initiates into Beta Pi.