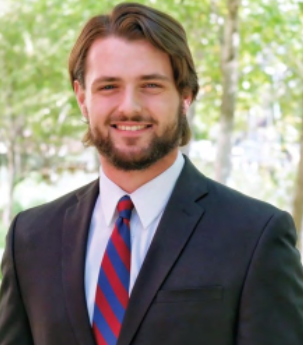 As part of the annual Pi Kappa Alpha Fraternity Sports Review that appeared in the spring 2022 issue of Shield & Diamond magazine, two student-athletes were named on the front cover and received full page + coverage inside the magazine. One of them was Kaden Stenger, Beta Pi ’19.

These two athletes were given special recognition because their exploits transcended the experience of just being an athlete. In Kaden’s case, the profile highlighted his involvement with sports as well as other extracurricular activities on campus and a deep commitment to the fraternity he loves, both on campus and at the inter/national level.

Simultaneously, Kaden was a first team all-league player for the inter-collegiate Penn sprint football team, attended a scholastically “hyper-competitive” Ivy League school, acted as President of the Inter-Fraternity Council at Penn, held various positions of leadership at Beta Pi, and was one of the two undergraduate vice-presidents to the Pi Kappa Alpha Inter/National Supreme Council.

How can one person find the time and effort to do all of this at one time? The Shield & Diamond article is titled “Prioritizing Passion”. In the article, Kaden explains how he was able to do it all. The article can be accessed by this link.