A PERSONAL LETTER FROM LINDA HERMAN 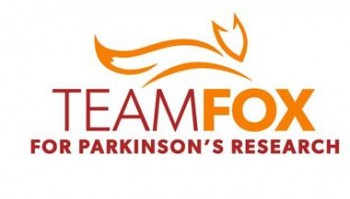 One of those affected by Parkinson’s disease is Jerry, a loyal and active member of Beta Pi since his initiation 50 years ago. Of note, Jerry is the sponsor of the Dave Herman Memorial Scholarship that is presented annually at Founders Day.

I hope that this finds your family enjoying a restful end of summer free of the many challenges facing society.  I am writing to you about the 2022 NEW ENGLAND PARKINSON’S RIDE in support of the MICHAEL J. FOX FOUNDATION FOR RESEARCH. I didn’t forget our annual fundraising efforts! Lots of happenings in the Herman family that delayed me including Jerry’s recuperation from a fall, and Erika’s wedding!

I will be riding on Saturday, September 10, as a representative of the Hermanators, the team formed in 2018 by friends and family of Jerry and myself. We are honored and humbled by the success of our team which last year raised an amazing amount of nearly $45,000, which amount ranked in the top ten teams of the New England ride.

Initially I was to ride in the CYCLE IN SYNC which was created in response to the Pandemic in 2020 to allow cyclists to participate remotely in the NEW ENGLAND RIDE.  BUT, at the 11th hour, I decided to make the trek to Maine to ride in person on behalf of all the Hermanators and our very generous donors. I couldn’t let the opportunity pass! I’m truly passionate about this ride. Again, 100% of the proceeds raised by the Hermanators will be used to advance the MICHAEL J. FOX FOUNDATION FOR RESEARCH, which is at the forefront of the battle to find the cure for Parkinson’s disease.  PD has become the 2nd fastest growing neurological disorder in the world, adding more than sixty thousand new cases annually.

Jerry continues his positive and dignified battle with PD. However, after sixteen years, his symptoms are progressing.  But, he is continuing his goal of slowing the inevitable progression of PD.

We deeply appreciate your consideration and support of the cause.  It will Make a difference in fighting PD! To donate, please click the link below:

Thanks and love, Linda and Jerry